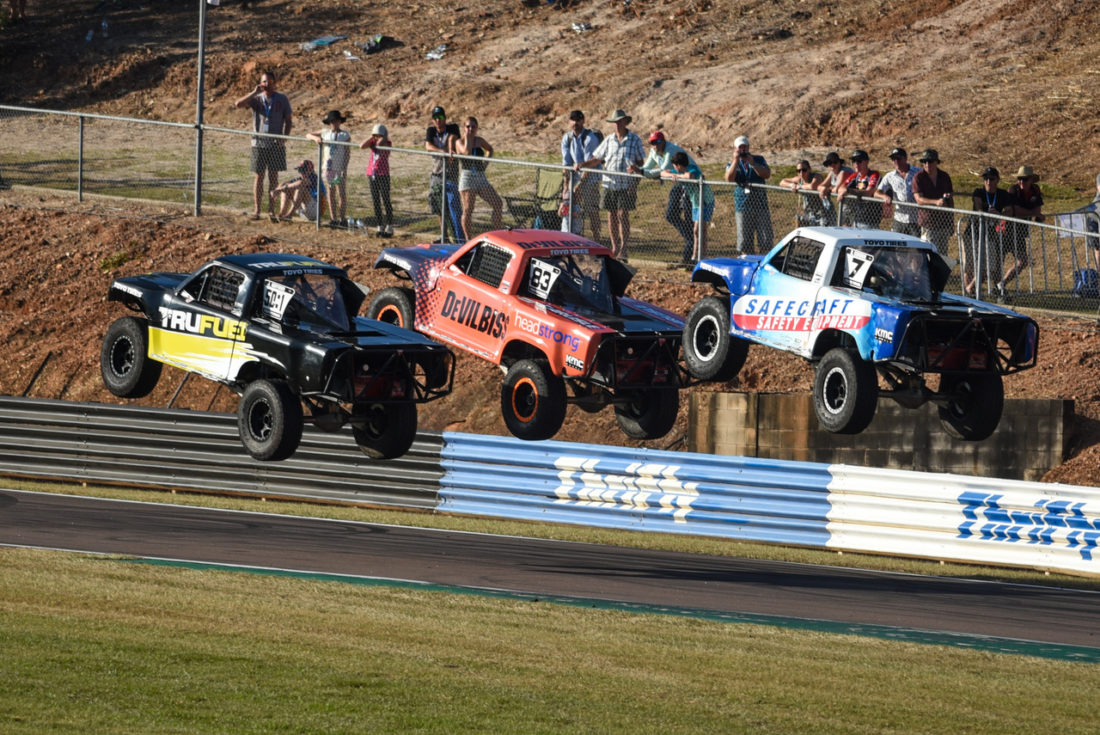 Watkins Glen International announced Aug. 10 the addition of the SPEED Energy Stadium SUPER Trucks to the racing lineup for the upcoming INDYCAR Grand Prix at The Glen Sept. 1-3.

In all, there will be 12 practice sessions, seven qualifying sessions and nine races culminating with the Verizon IndyCar Series race Sunday, Sept. 3 at 1 p.m., live on NBCSN.

The Stadium SUPER trucks will take to the track three separate times throughout the weekend holding practice/qualifying on Friday, Sept. 1 at 11:15 a.m., followed by Race 1 on Saturday, Sept. 2 at 12:30 p.m. The second race will take place in advance of the Verizon IndyCar Series race on Sunday. Green flag is set for 12:10 p.m.

“If there is anything that can add even more excitement to our INDYCAR Grand Prix at The Glen race weekend, it’s Robby Gordon and his series,” said Watkins Glen International President Michael Printup. “This is going to be unlike anything that our fans have ever seen at Watkins Glen International. Personally, I’m very curious to see how those trucks get around America’s fastest road course.”

The widely popular SST Series features 12 identically prepared 650-horsepower trucks that are built to take flight much like a scaled down radio-control car. Able to race on virtually any surface thrown at them, the SST trucks will race the 2.45-mile, 8-turn short course, compared to the 3.37-mile Grand Prix circuit utilized by INDYCAR.

The SST races will feature 36-inch tall aluminum ramps placed in strategic locations throughout the course, allowing the trucks to fly 20 feet off the ground and hundreds of feet down the course, all while hitting speeds upwards of 140 mph.

Stadium SUPER Trucks feature a 10-event schedule in 2017 spanning three countries, touring as co-events with INDYCAR in the United States, Supercars in Australia and Monster Jam in China. 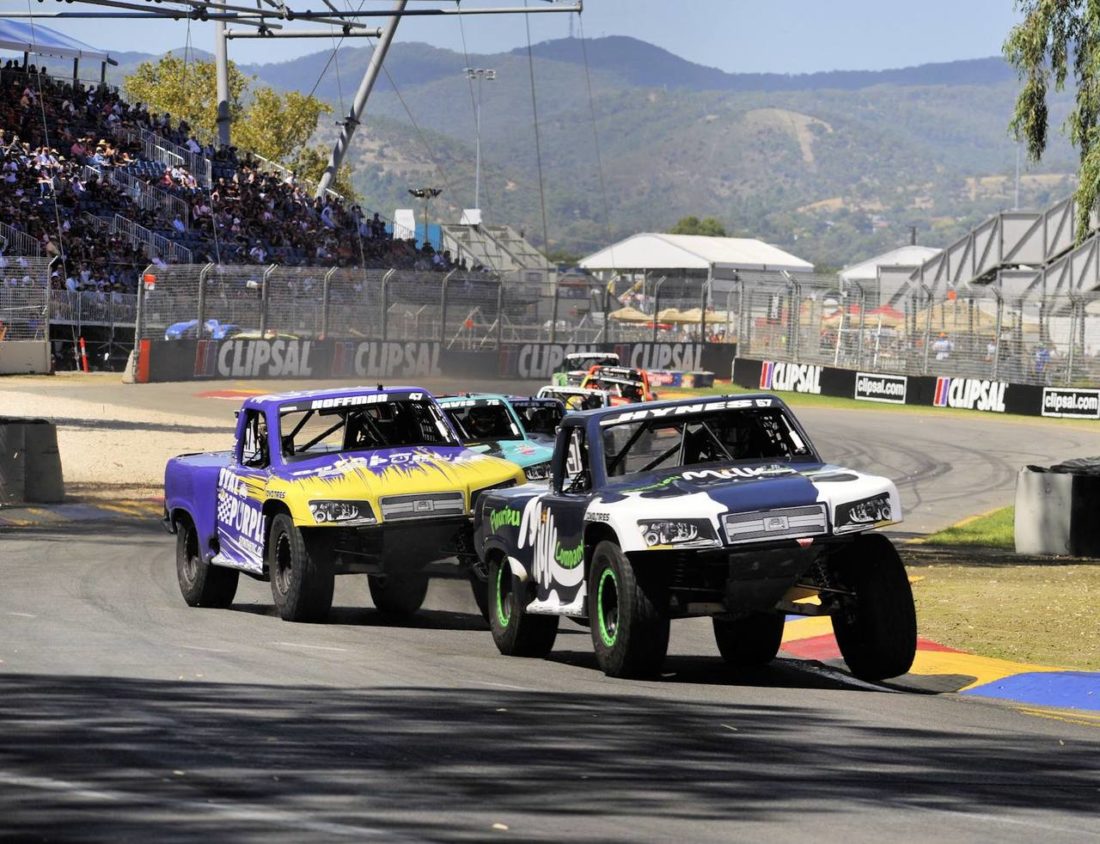 In addition to former Indy car and NASCAR driver Robby Gordon, a wide variety of drivers from all forms of motorsports will be in attendance, such as 2015 & 2016 series champion Sheldon Creed, Arie Luyendyk Jr., Bill Hynes, Erik Davis, dirt specialists Gavin Harlien and Jeff Hoffman, as well as the top two in the current point standings, Australia’s Matt Brabham and Paul Morris. With this being the first visit of the trucks to the famed Watkins Glen International, all drivers are expected to have an equal opportunity at winning.

Influenced by the former Mickey Thompson Stadium Off-Road Racing Series, where drivers such as Gordon, Casey Mears and seven-time NASCAR champion Jimmie Johnson got their start, Gordon created SST in response to the public’s overwhelming interest in trucks and off-road racing. His plan to re-launch the former stadium series has led to exciting racing on both asphalt and dirt, while producing one of the most extreme forms of action sports today.

Other than the trucks launching 20 feet in the air covering distances more than 150 feet, what sets the SST program apart from other series is the fact that all the SST trucks are identically prepared and delivered to drivers in race-ready condition. Race winners are decided by driver skill rather than individual team engineering and budgets. Drivers and their personal mechanics are assigned specific SST mechanics who together tune and make minor adjustments to the 600-horsepower trucks. 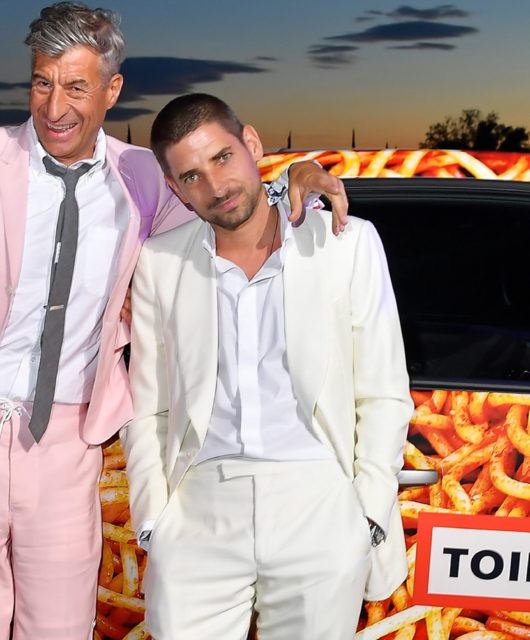 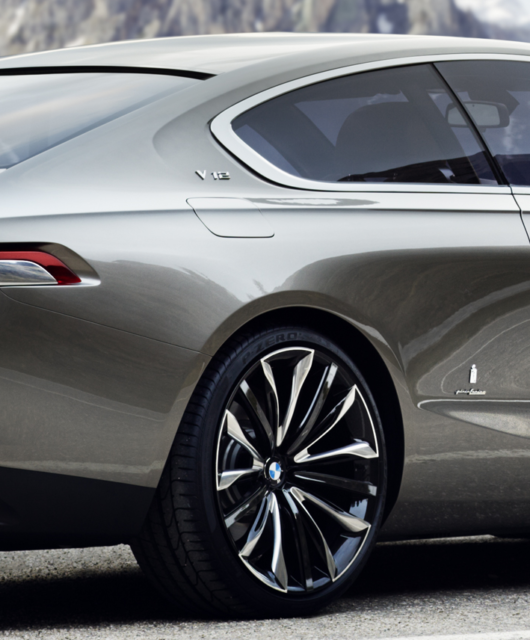 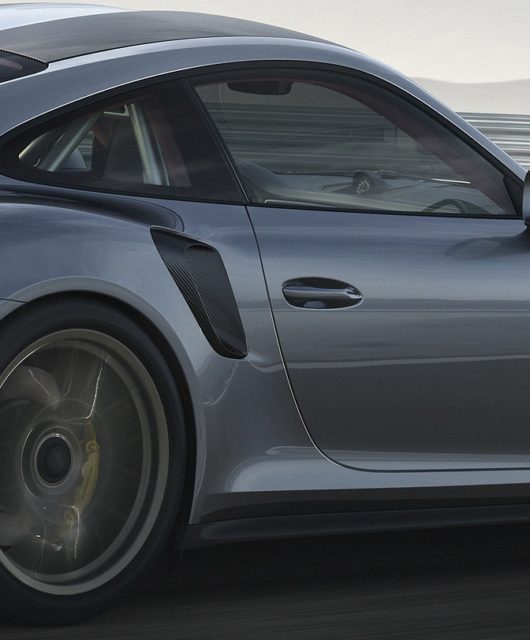