“Super sedan” isn’t quite as fun to say as “supercar.” But 2017 is actually a golden age for the ultra-fast, ultra-lux four-door.

Enthusiasts once celebrated the arrival of the Mercedes-Benz 500E “Hammer” and BMW M5, but if those same enthusiasts could travel ahead 25 years to our time, they would be absolutely astounded at how far the genre has come in 25 years.

Put simply, a car with fun handling and extreme sprint pace are no longer just a two-door game. The U.S. market is richer than it’s ever been with sub-4-second “saloon cars.”

The XJR is a legend in certain circles. It’s got a giant supercharged V8, and a giant backseat. Even when you floor it, the XJR is light and easy to drive.

The hottest XJ offers exclusivity to make up for its polarizing looks around back, and has a slightly tired nose design.

The new QP is one of the more senior members of this list in terms of its time on the market. It suffers from slightly tired LEDs and cabin tech. Its performance is also well down from the others on this list – but so is the Quattroporte’s price. A loaded blacked-out example is about $40,000 less than the BMW at #3, and $70,000 below the Bentley at #5.

We love the black badge for fixing the stodgy stock look of most Rollers. The black satin makeover for the grille, body accents, and tailpipes are effective at creating a mean, lean look for this stunner. 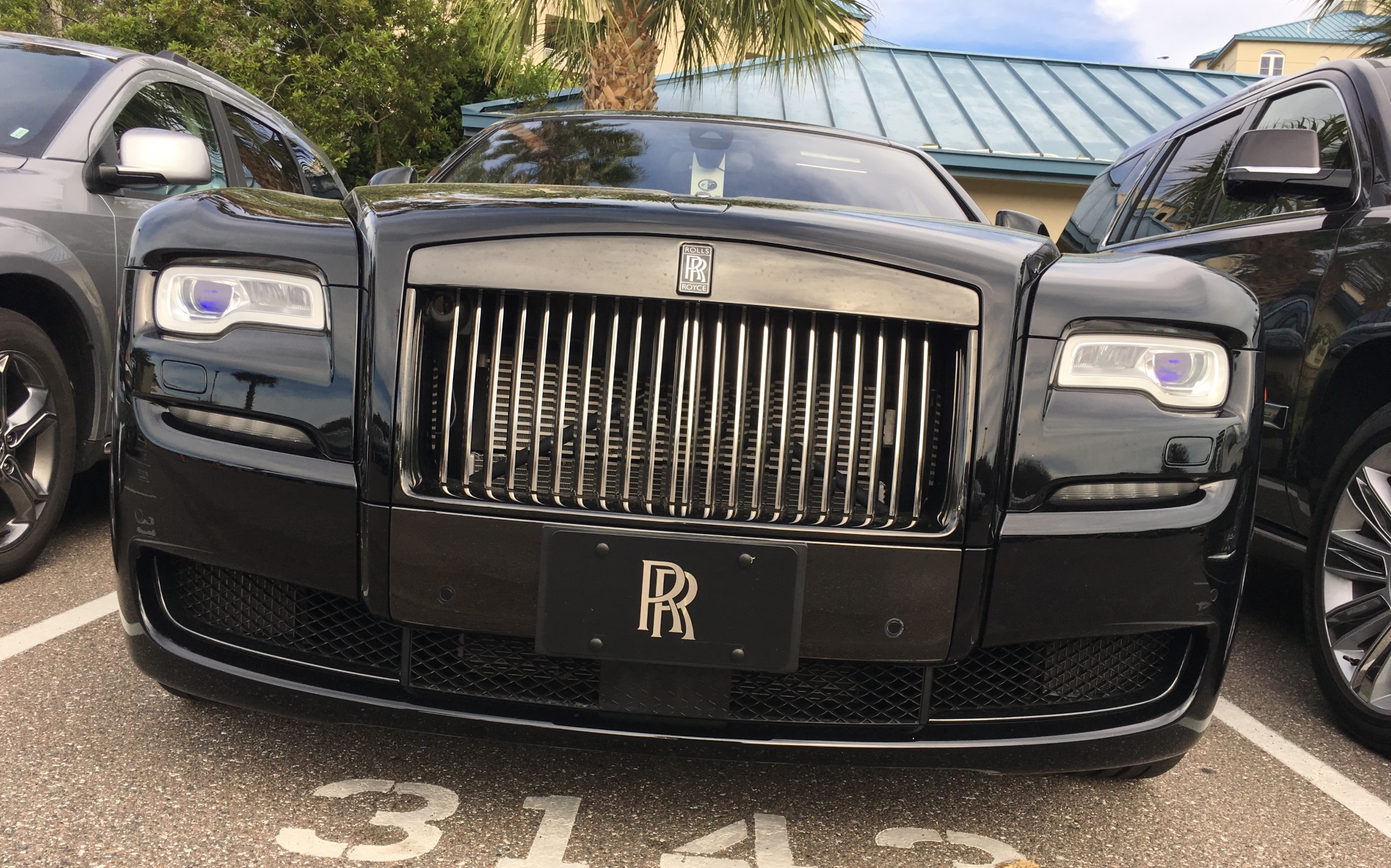 The ghost also has some whiz-bang in its rear-hinged back doors. This coach door setup is optimal for the chauffeured set – but never stops feeling special out in the real world. A grand entrance to any event is guaranteed. 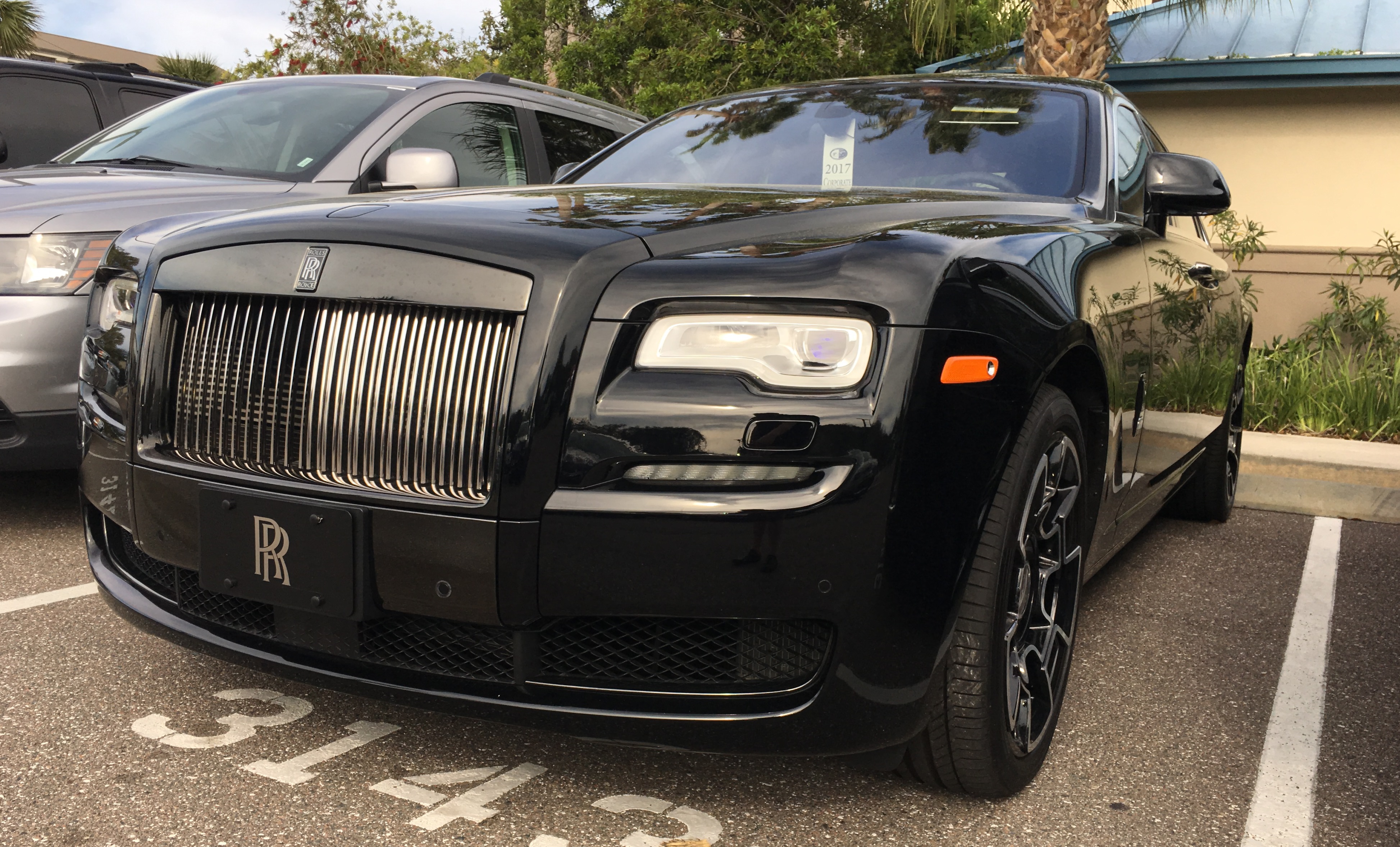 The cabin is a bit more for the driven client base too, unfortunately. A giant school bus steering wheel, pillowy seats and boaty handling mean this Double-R can’t hang with the higher-ranking machines on twisty roads – even if it does have the raw power to catch up on the straightaways.

The intro of the 500HP turbo V8 to the Bentley Continental was a gamechanger for its price drop versus the W12. But also for its handling feel! Losing almost 250 pounds over the front axle is why. 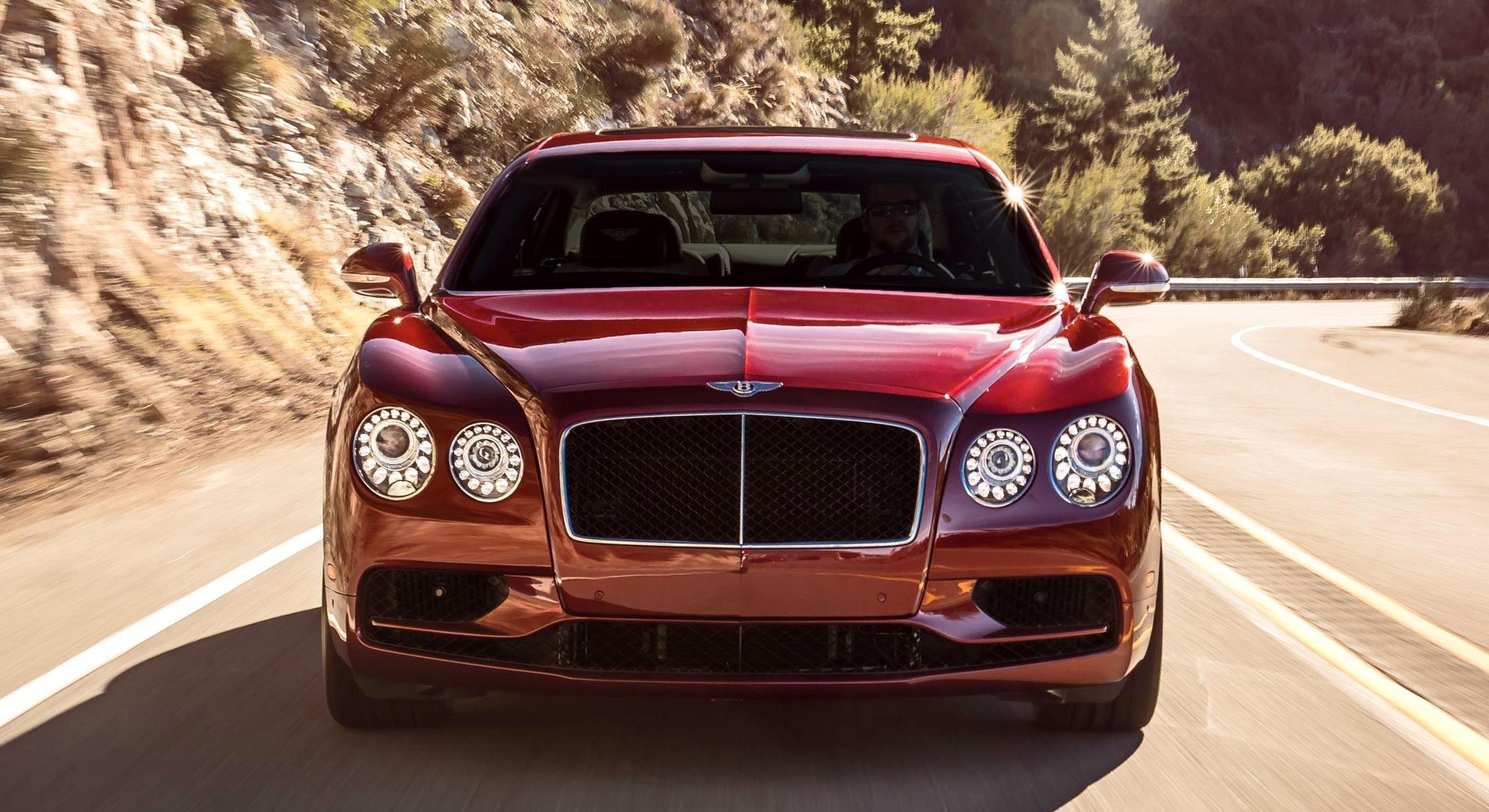 The V8S barely gives up much pace to its turbo 12 big brothers, nor their sense of real plushness all around. Nothing can prepare you for how swanky the Flying Spur is inside and out.

The S8 Plus is almost as tight inside and in the trunk as the Panamera, yet weighs significantly less. Its aluminum chassis AND bodywork all around help make up for its front-drive chassis origins.

And handling bias? The S8 offers an active rear diff for torque vectoring of the Quattro drive, but will never feel quite as agile as the top two cars on this list. 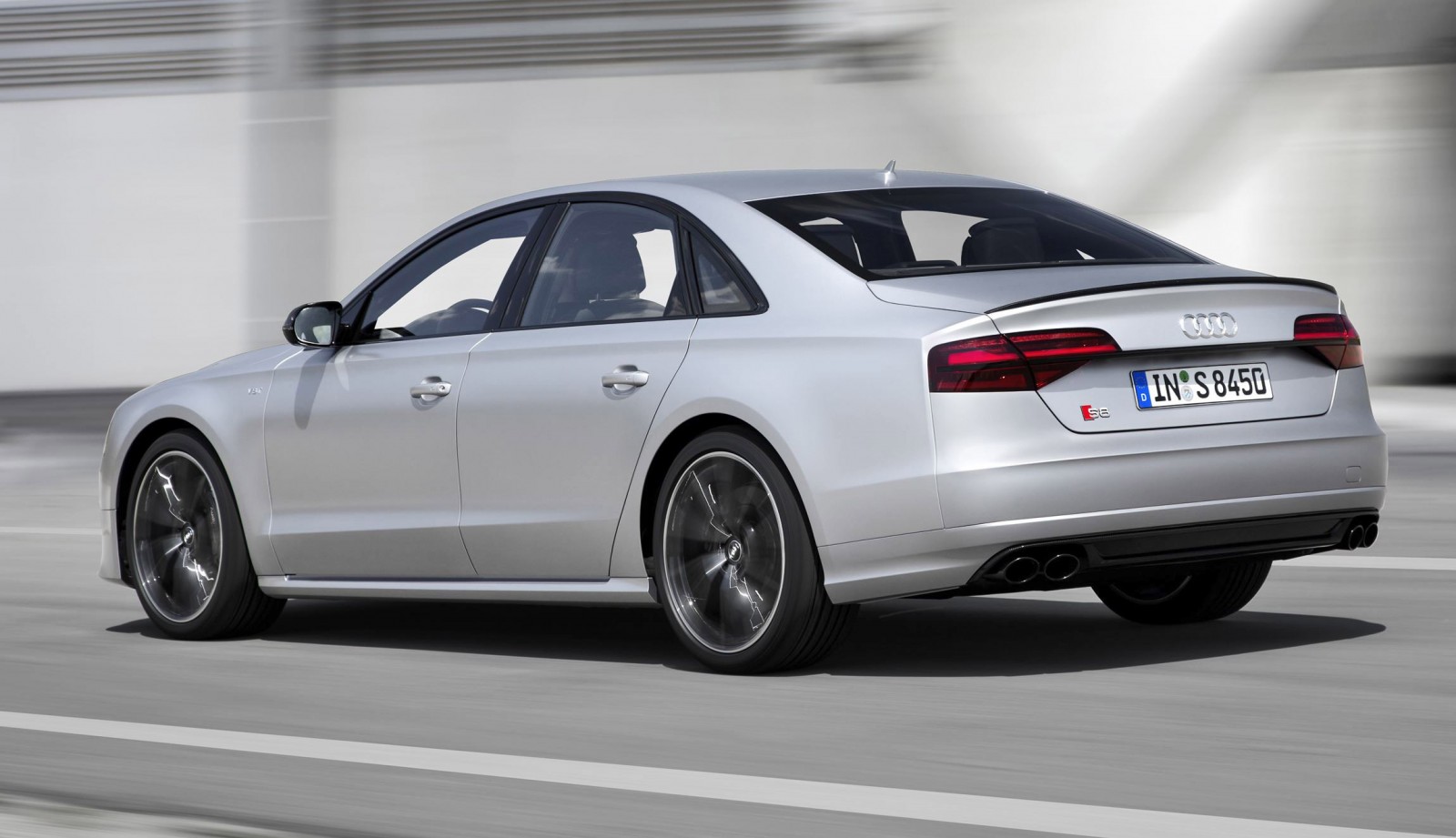 The new M760Li is a dream come true for 7 series fans. Here is the M7 in all but name. And it even has some M7 in its new badge!

The 760 used to suffer from being slower than the Alpina B7, a quasi-in-house special that’s also available in the U.S. for 2017. Thanks to its grip, launch control and overboost, this matte-painted beast now does the 60-MPH sprint in 3.6 seconds. A perfect match to the Alpina, but with more top-end power above 100 MPH.

The new S63 just bowed for the Shanghai Auto Show, so it doesn’t hit showrooms until August 2017 as a 2018 model year car. Even so, it rockets into this list thanks to its all-new motor, transmission, and AWD system. 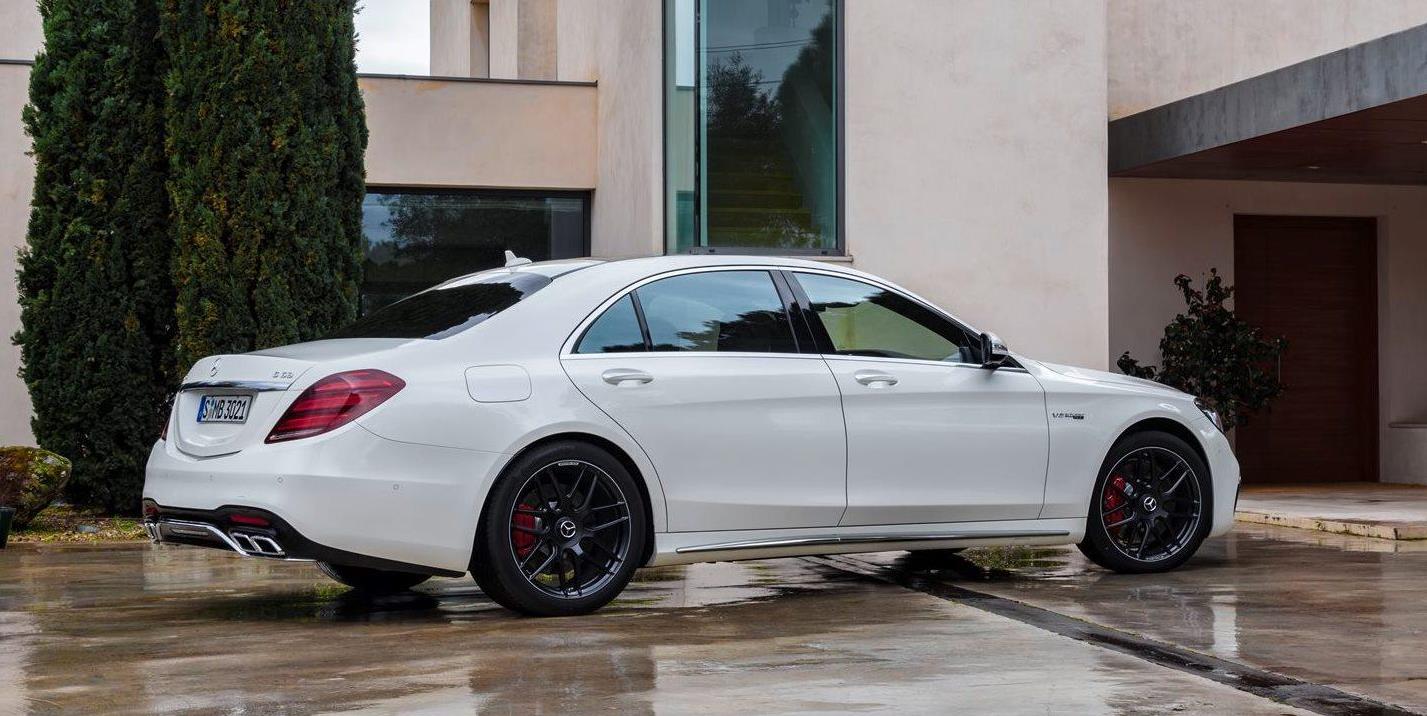 The exterior revamp first: New bumpers and a fresh look for the grilles and LED lights are the big changes. New triple-element DRLs up front meet adaptive matrix LEDs for the low, high, and fog lights. There is auto cornering and auto high beams, naturally. New wheels and a new tail diffuser wrap up the mid-cycle makeover on the outside. It’s under the skin and inside where the big action takes place!

A new sport wheel and sport seats are extra necessary.  Why? POWER!

The new S63 makes a ridiculous 603 HP from its new 4.0-liter twin turbo V8. Exhaust bellows from AMG V8s are a favorite detail – kept intact as the brand went all turbo, thankfully.

Extra violent launches for 2018 are thanks to a wet-clutch engagement from a stop for the 9-speed automatic. Intense. 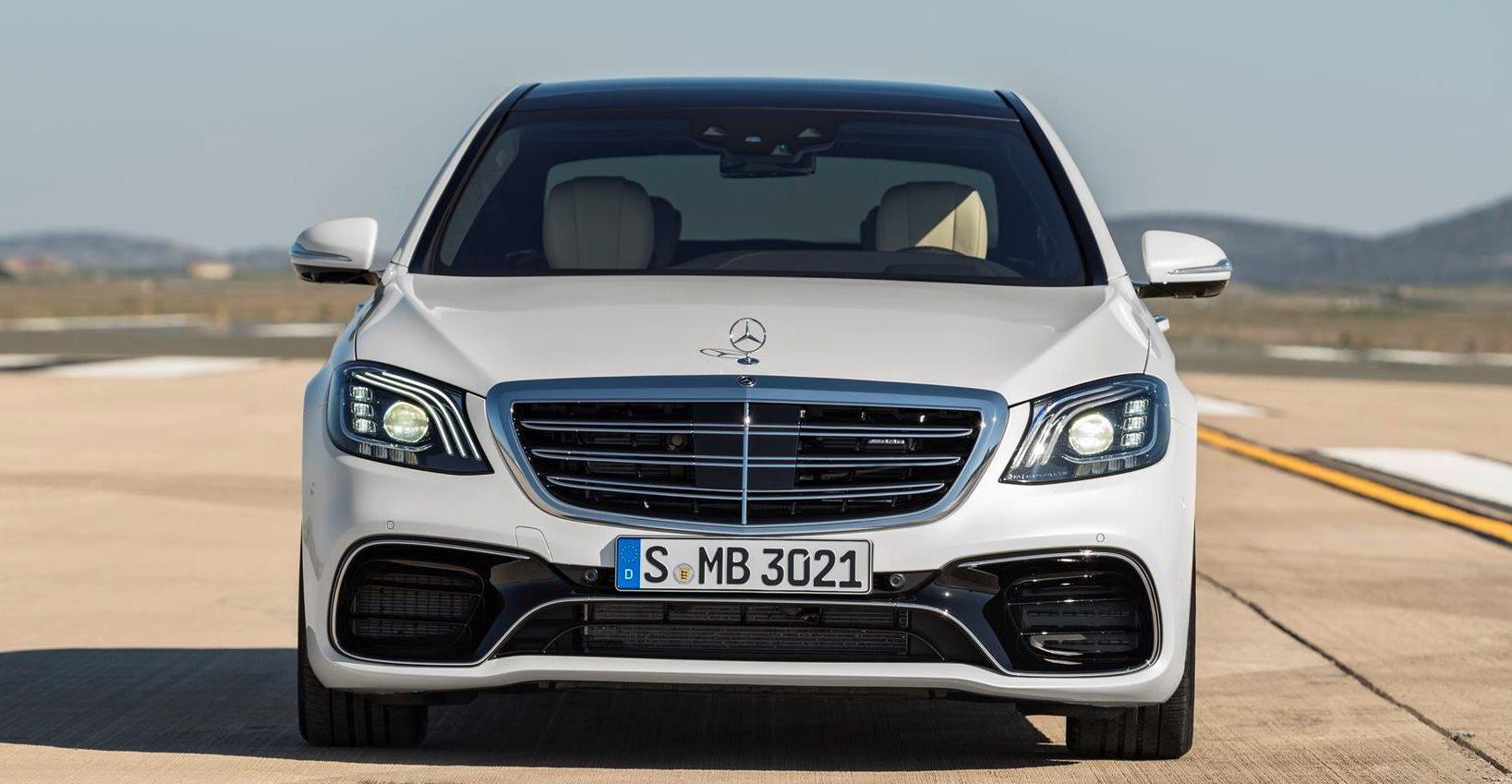 The new 4Matic+ AWD system promises a super variable split fore/aft and side to side. Paired with performance air suspension with dynamic modes, the S63 drives smaller than its huge backseat would suggest.

The new Panamera goes all in on the turbo strategy, juicing 560 HP out of just 4.0 liters of V8. Paired to a PDK double-clutch automatic, the new Panamera launches to 60 MPH in a class-leading 3.4 seconds. 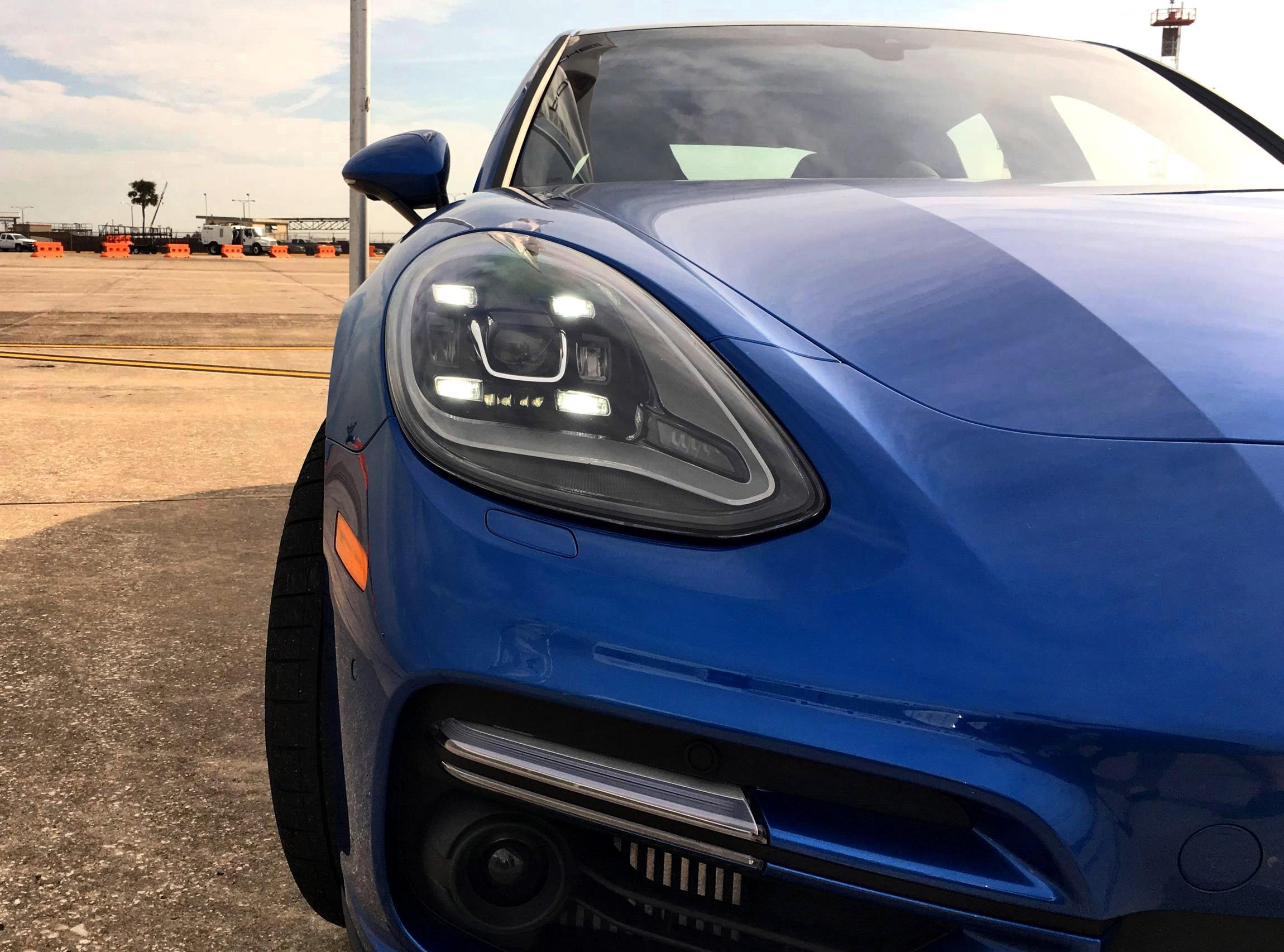 Panamera Turbo is all-new for the 2017 model year, which you can tell just from looking at the front. There are evolutionary changes to the nose with boxier lamps, two levels of new-look LED DRLs, and a lower hoodline than before. Around the profile, Panamera Turbo is now far closer to a four-door coupe in silhouette than the previous hatchback body style.

Porsche’s Sport Turismo variant takes on the shooting brake role for 2018, letting the regular Panamera deploy a 911-like window line and low C-pillar.

Speaking of deployments: the new Panamera Turbo is extra hot from out back. The new rear wing is a three-piece unit that makes a whale tail of downforce at speed, or on command via cabin button. 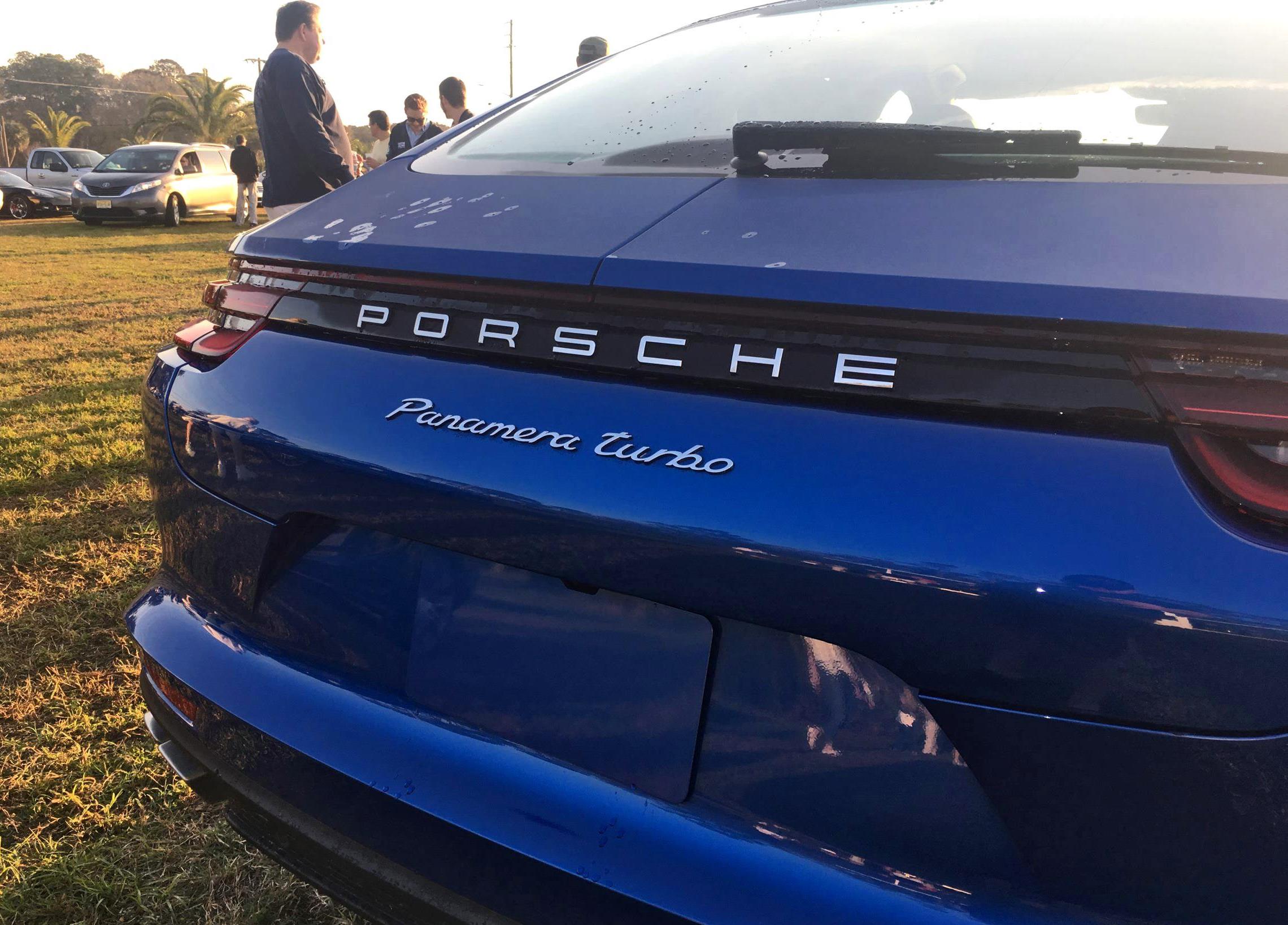 The new rump has the slim, horizontal LED double strake look of the new 911 – perfect for hiding this much speed in a comfy and spacious four-door. 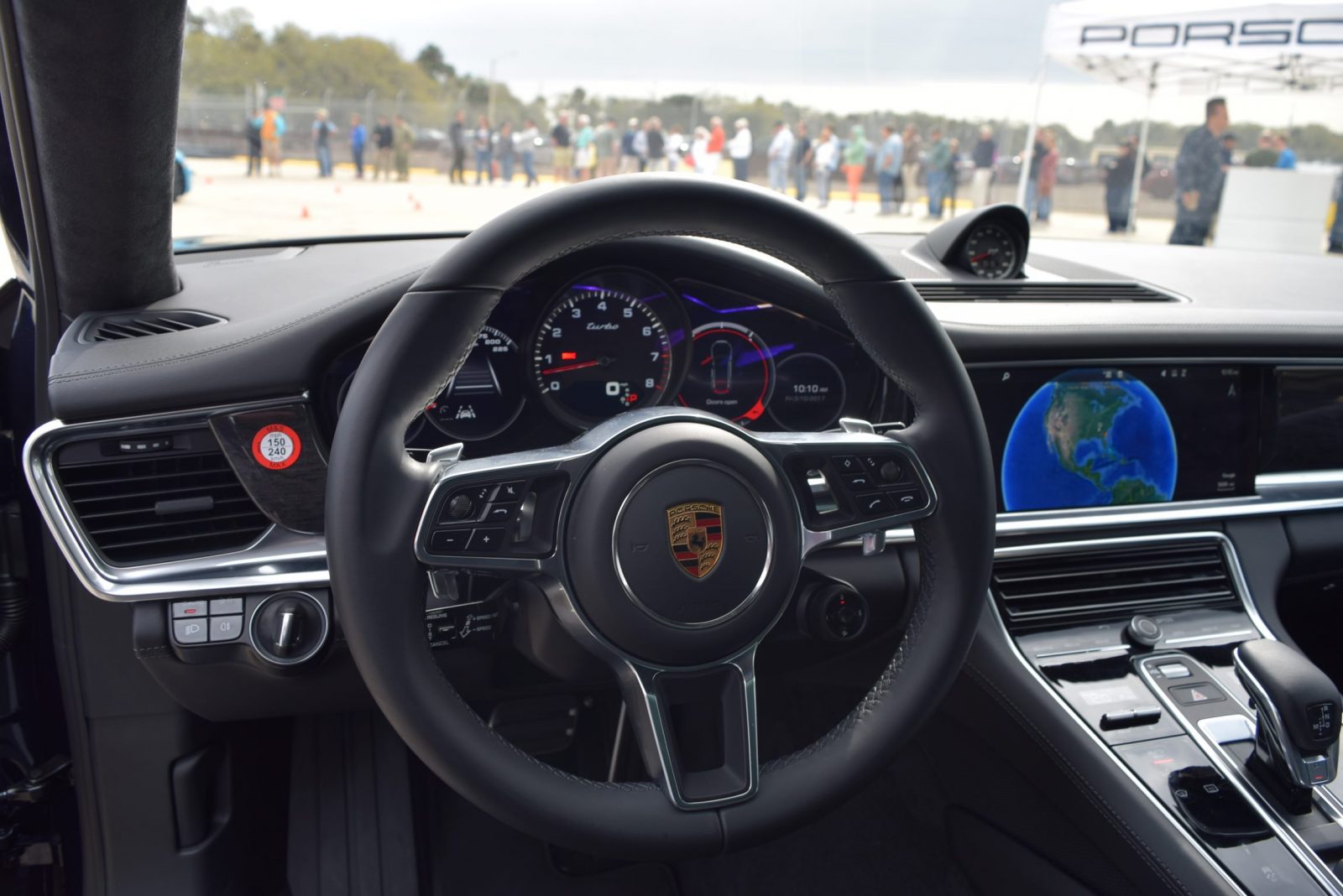 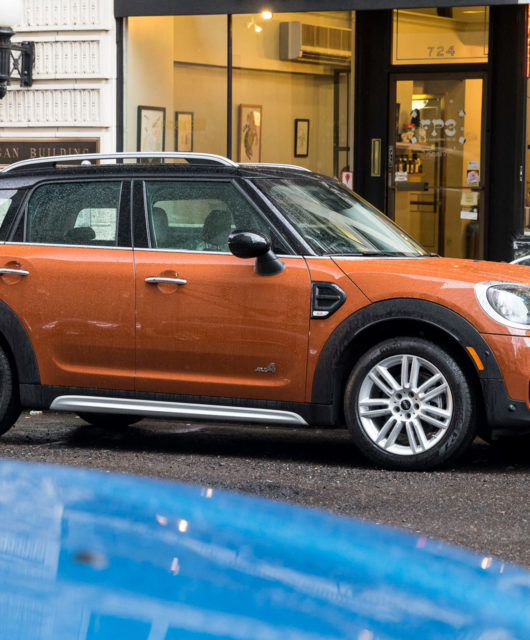 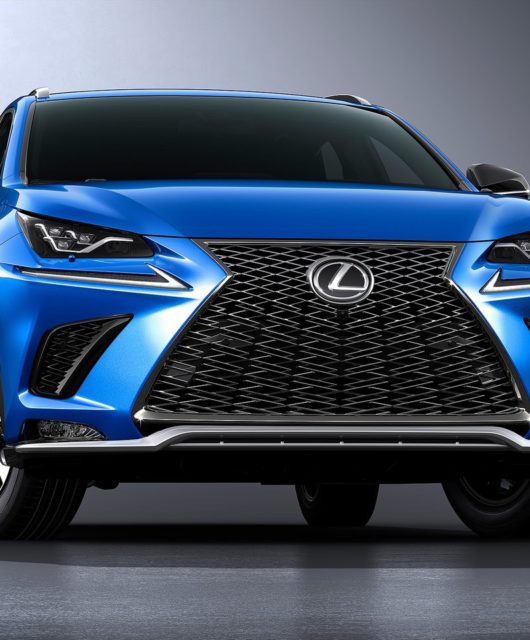 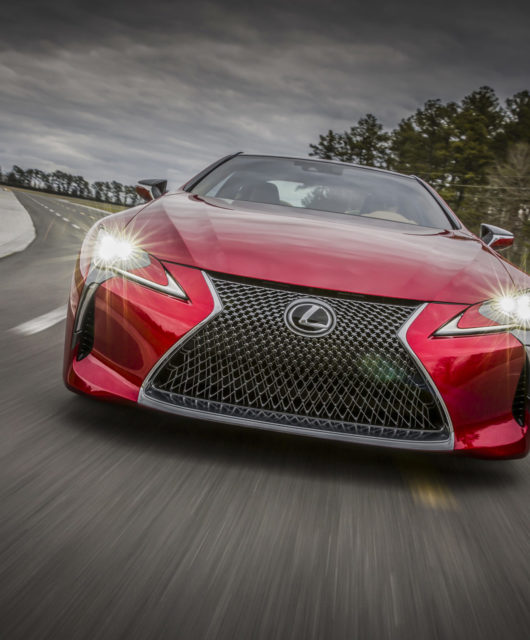